IRUC
[PREVIOUS OCCUPATION]: Freshly Graduated student that started to become a Researcher
[AFFILIATION]:CI
[LANGUAGES]: English
[NOTEWORTHY RELATIVES]:
[TROPHIES]:
[NOTES]: Has a Binder of his drawings he does while on base. 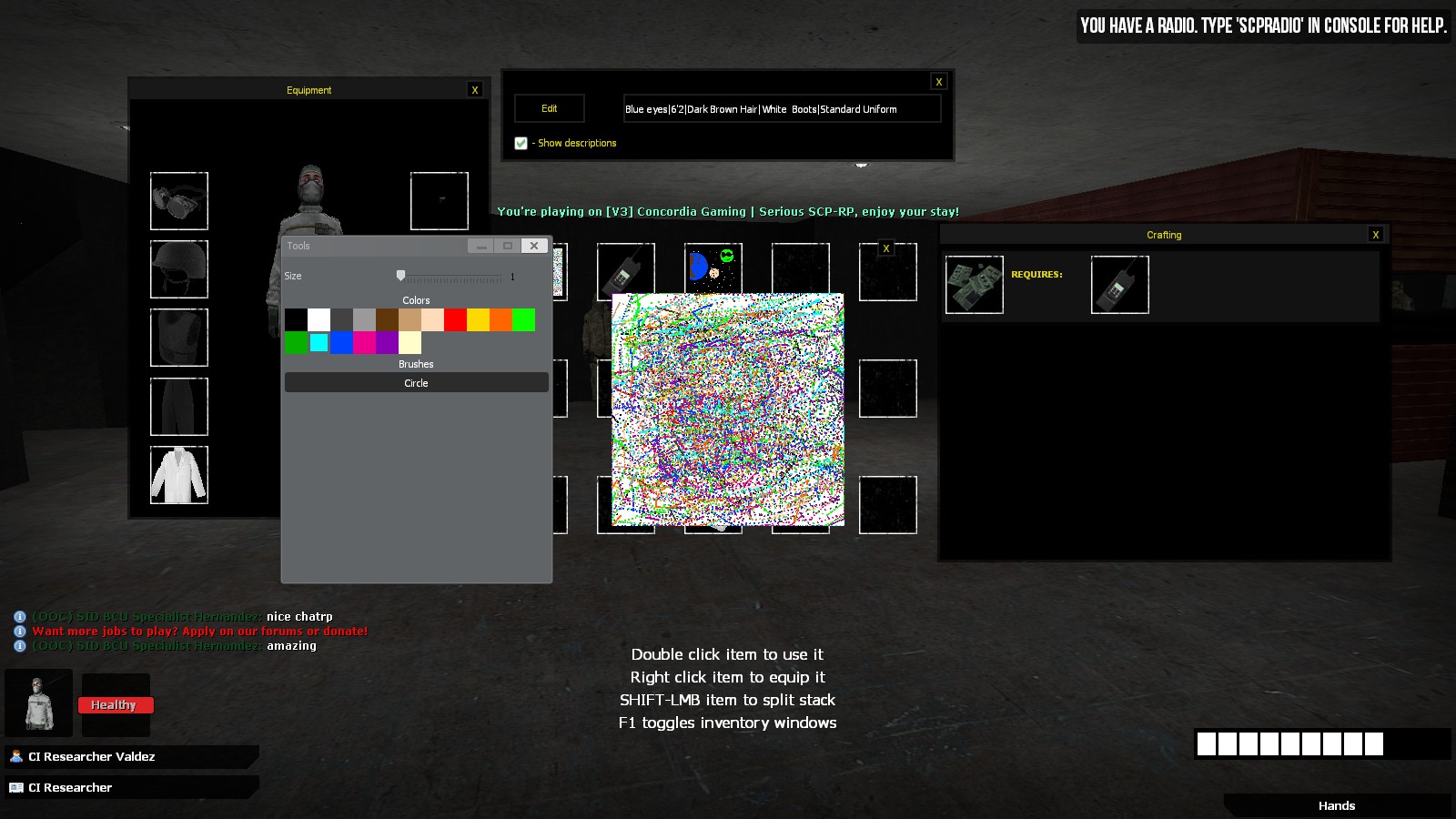 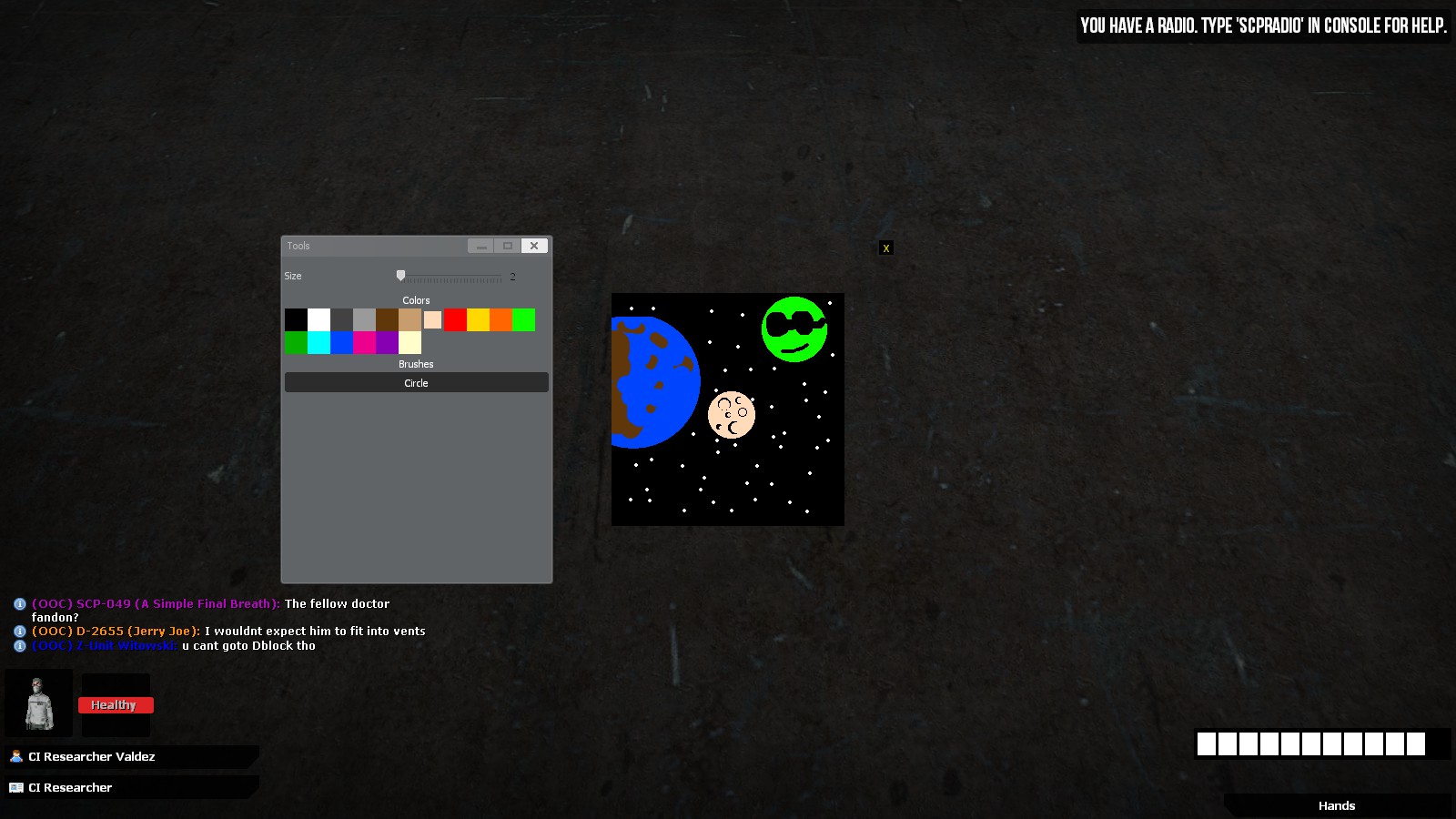 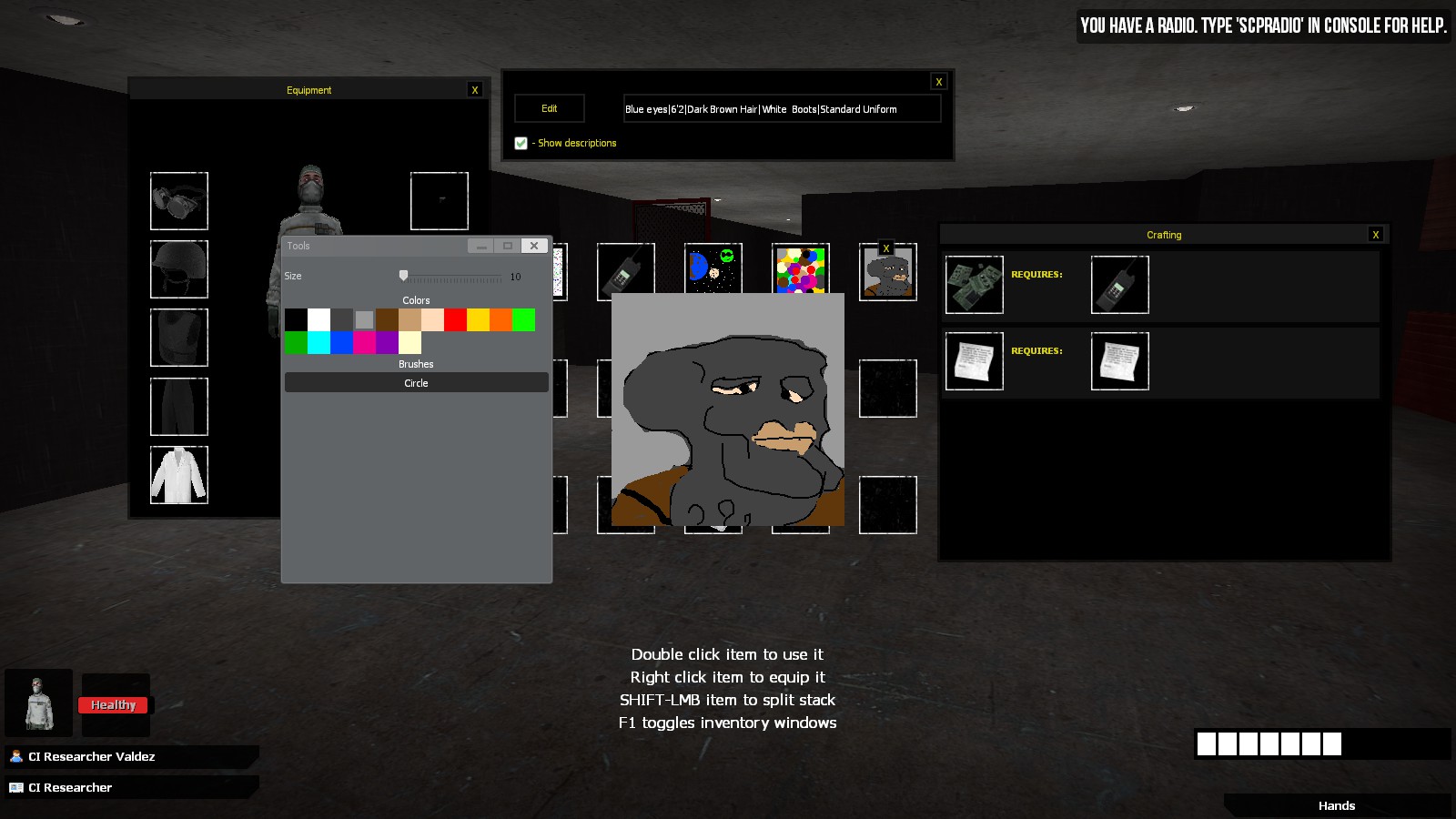 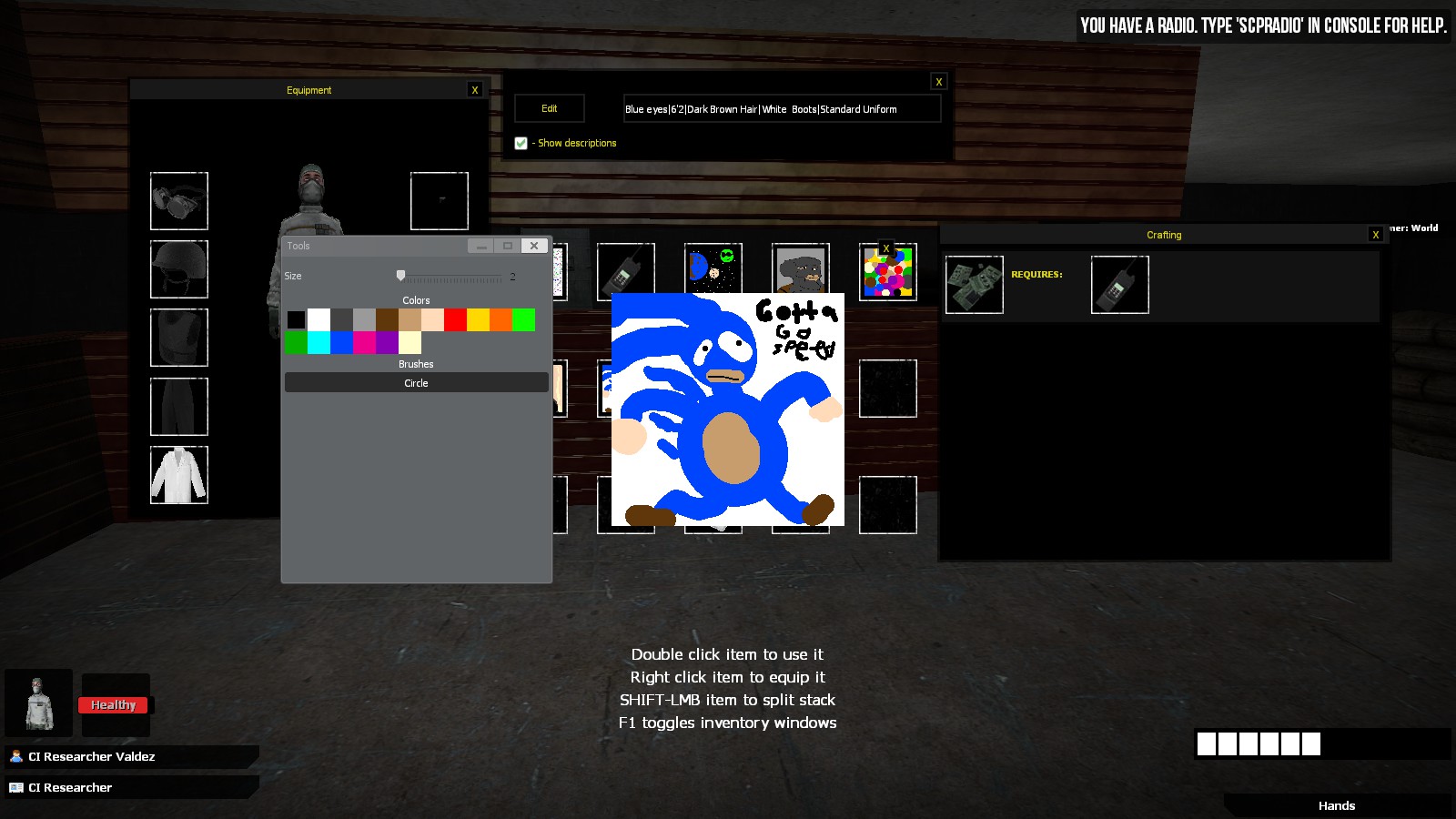 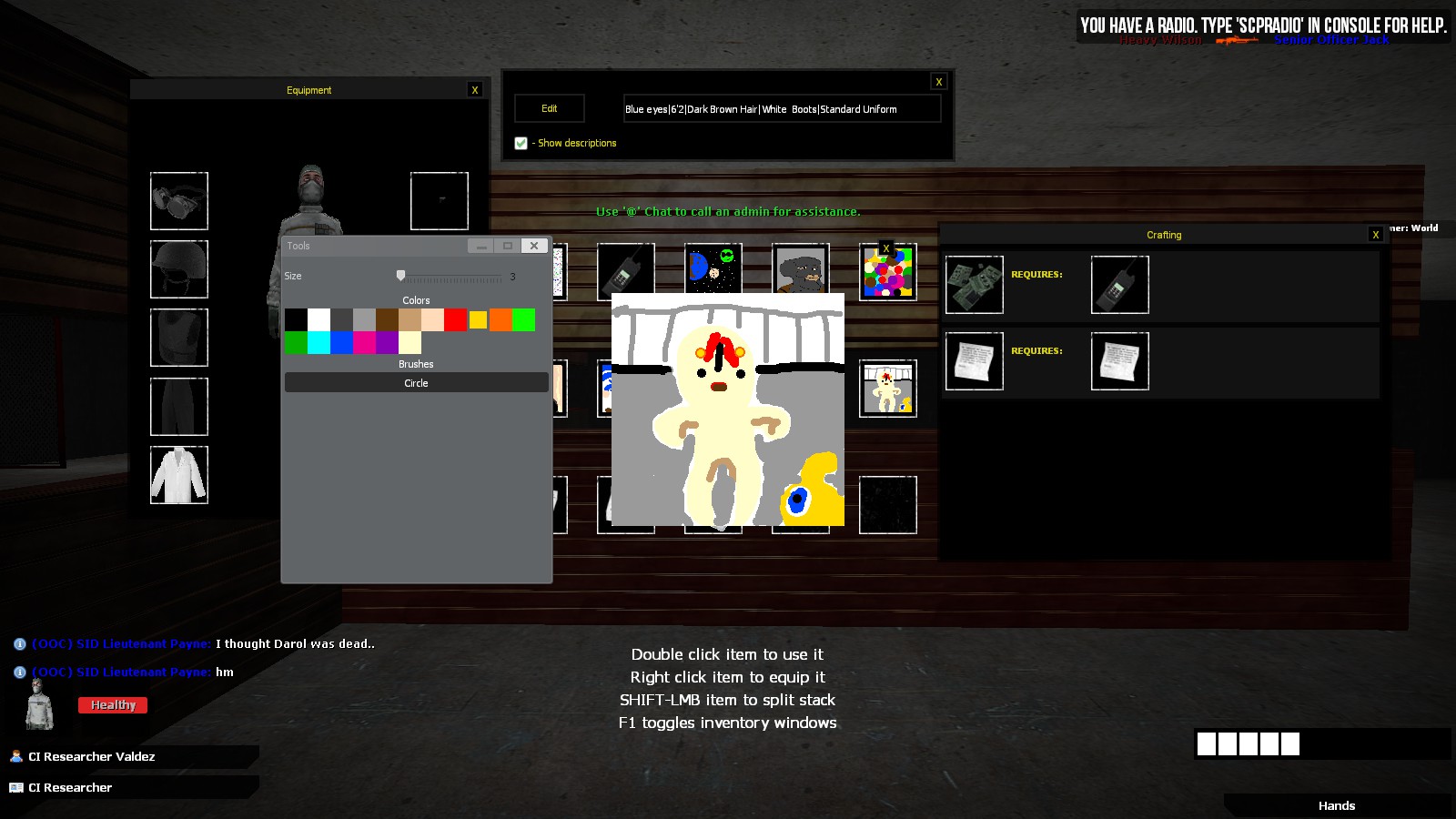 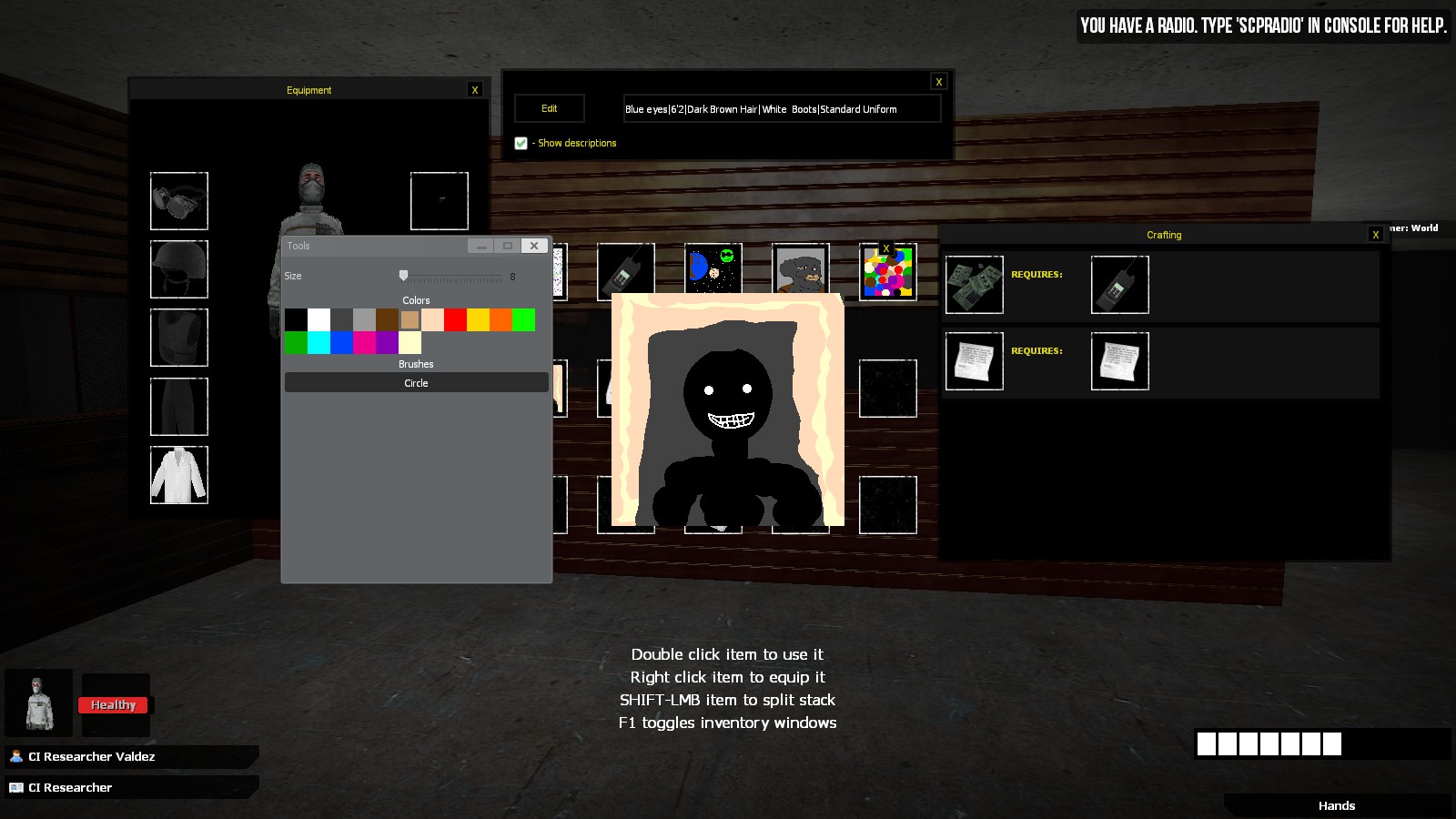 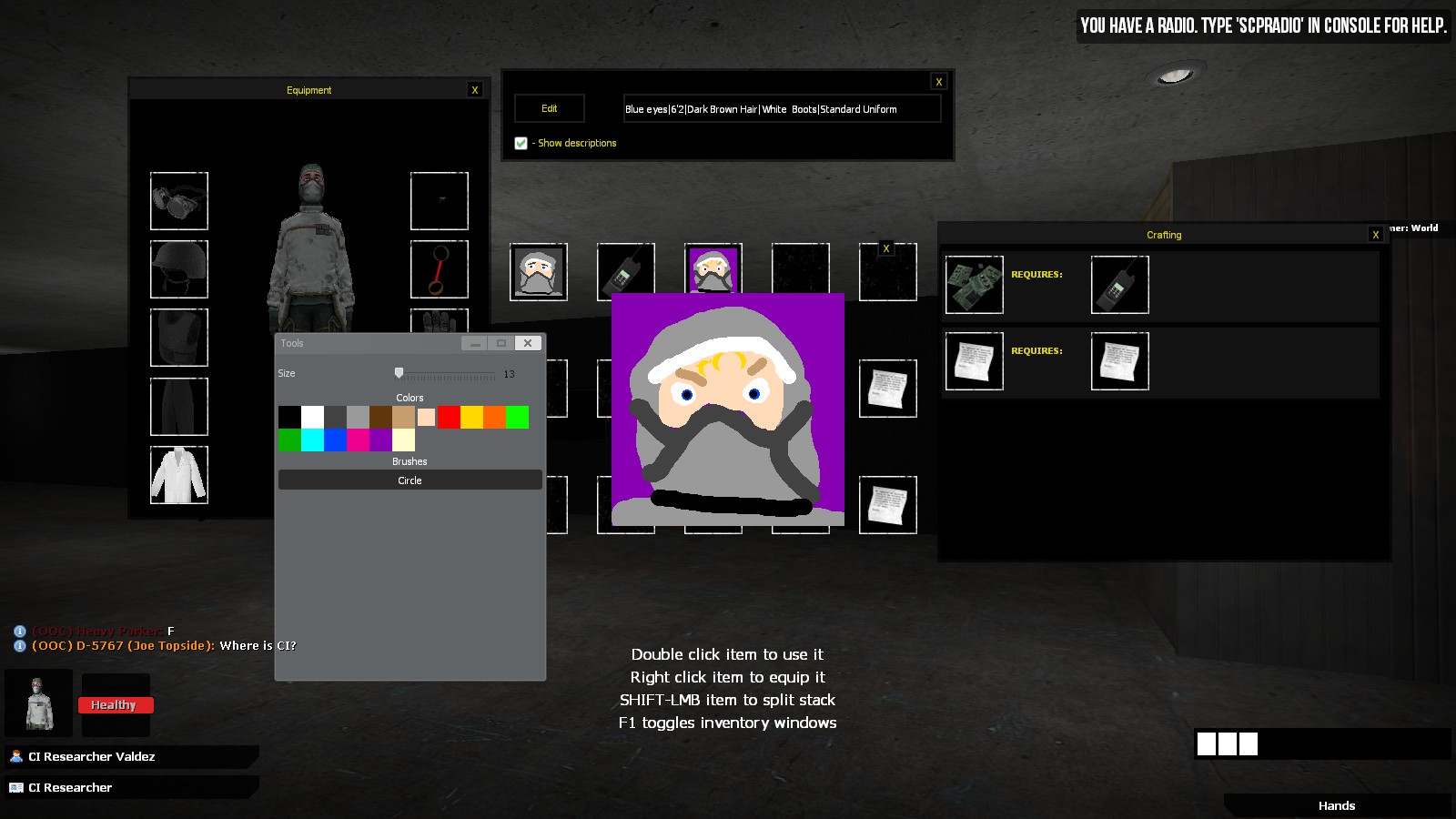 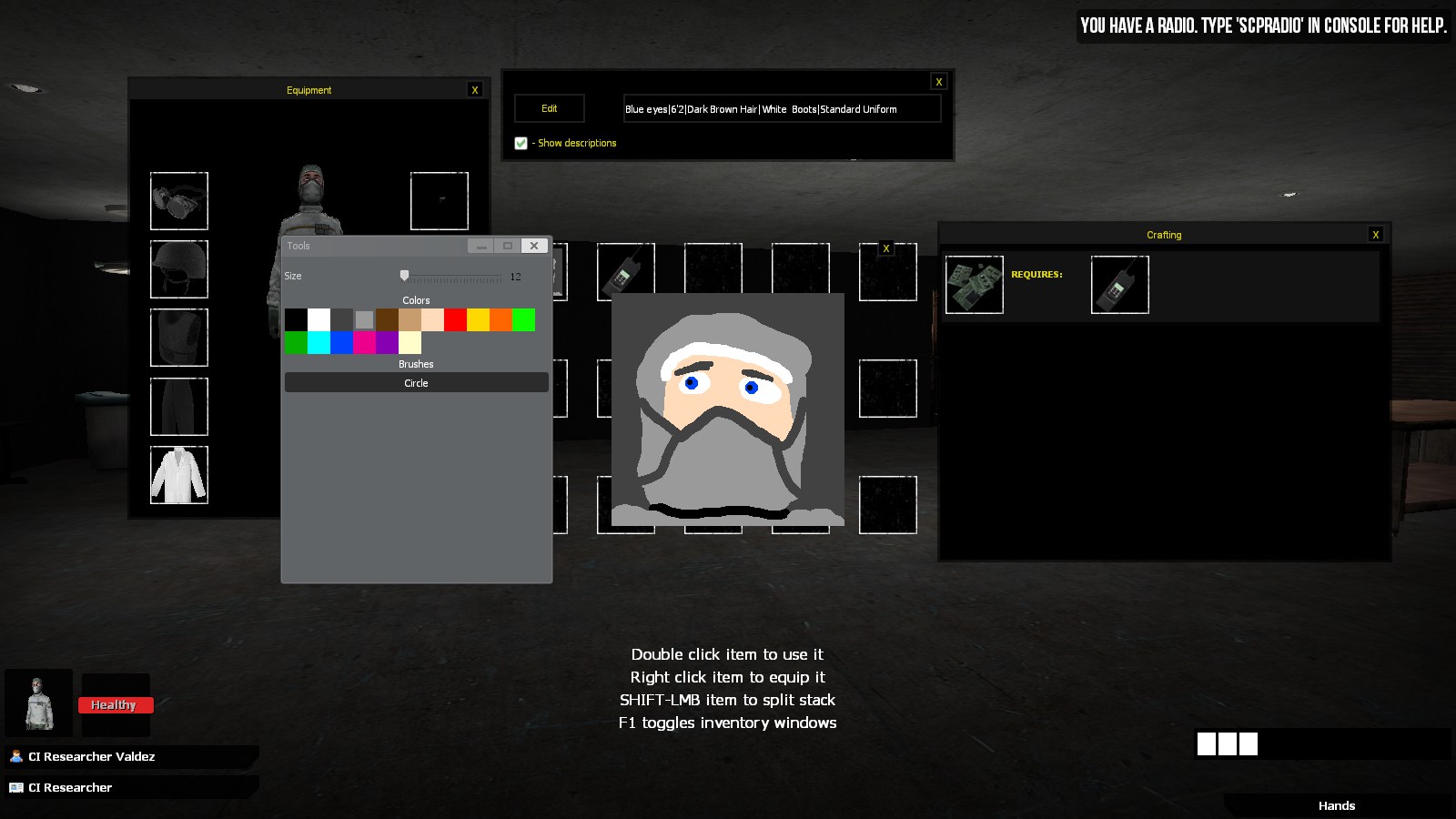 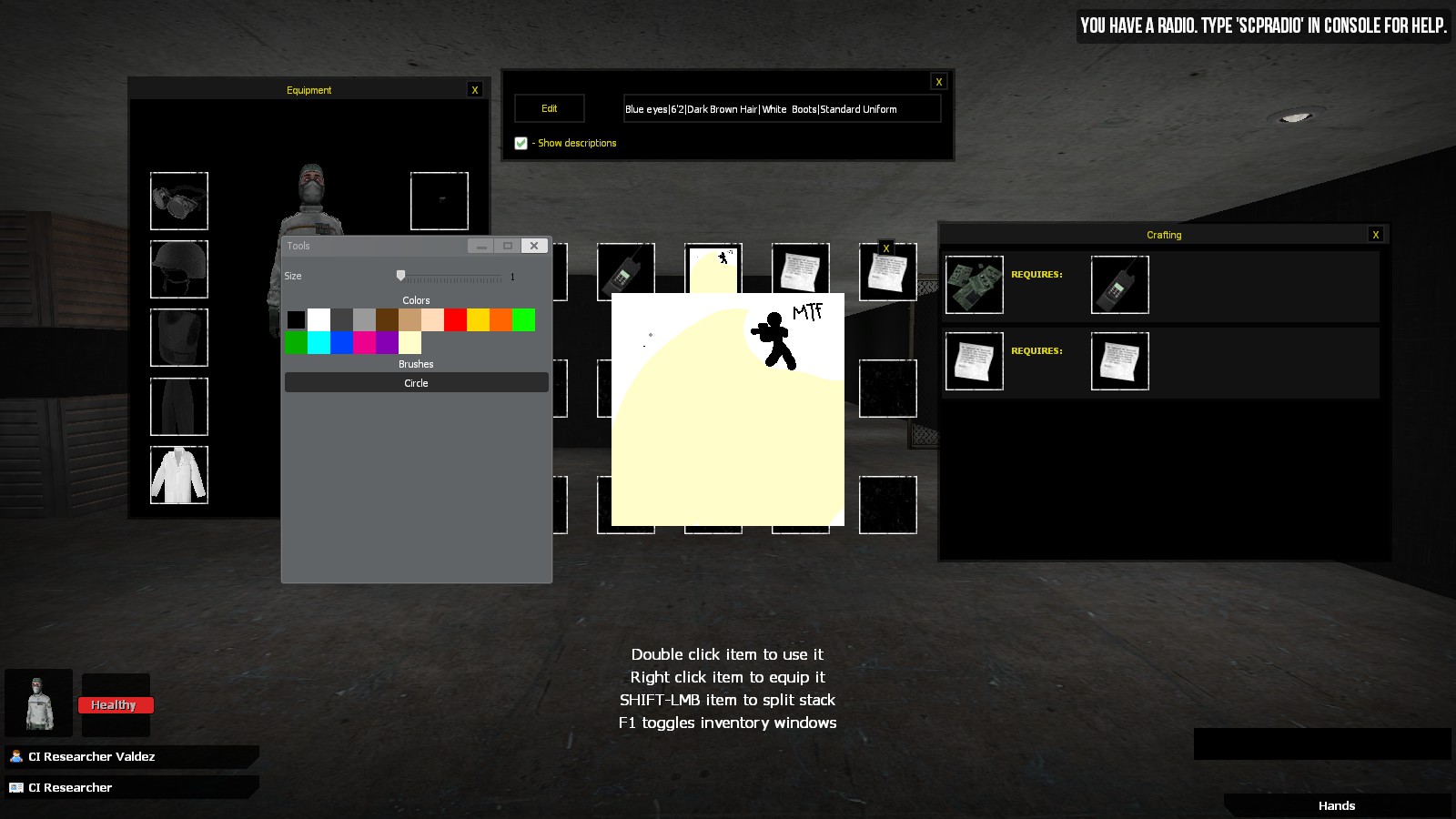 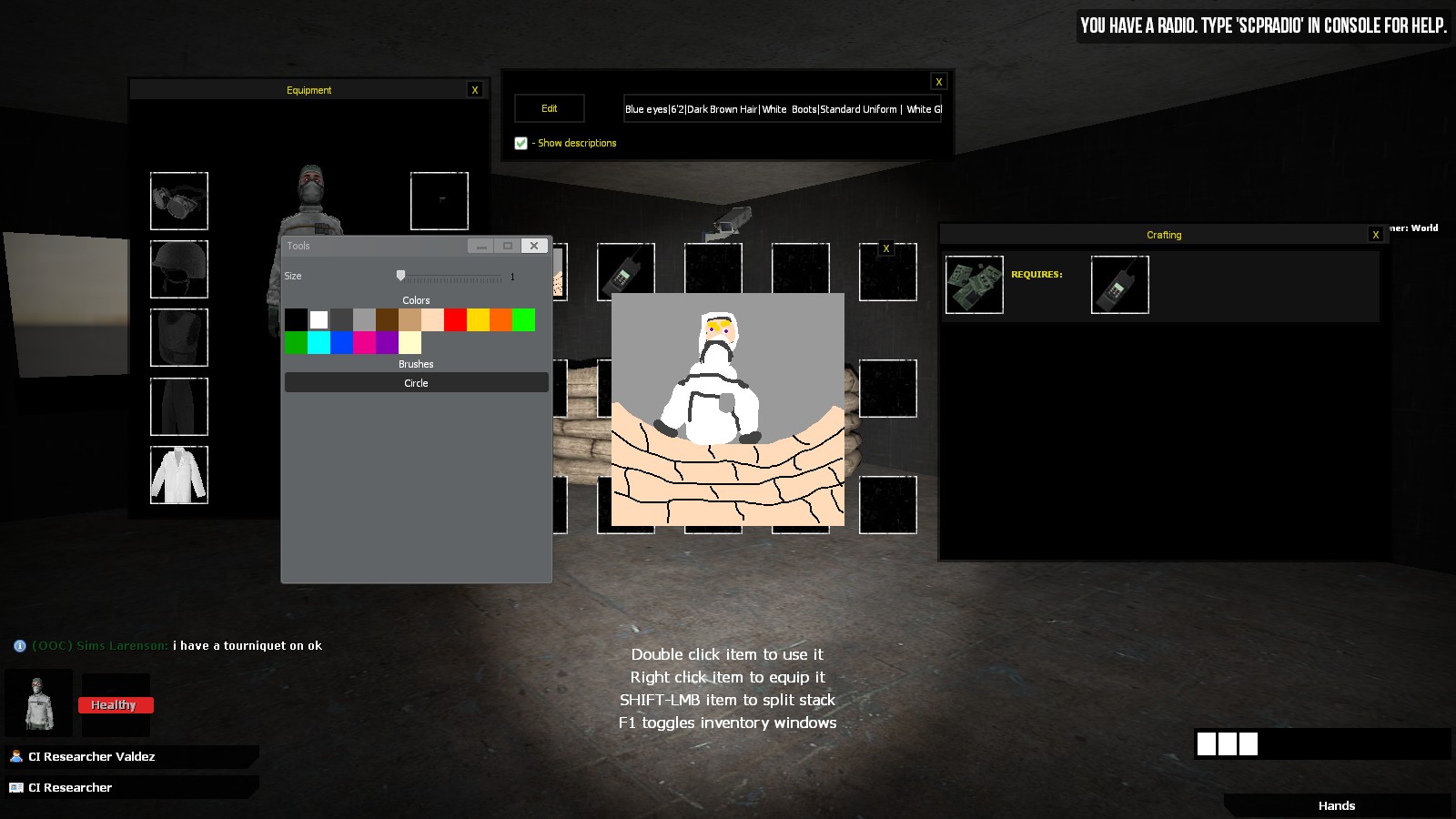 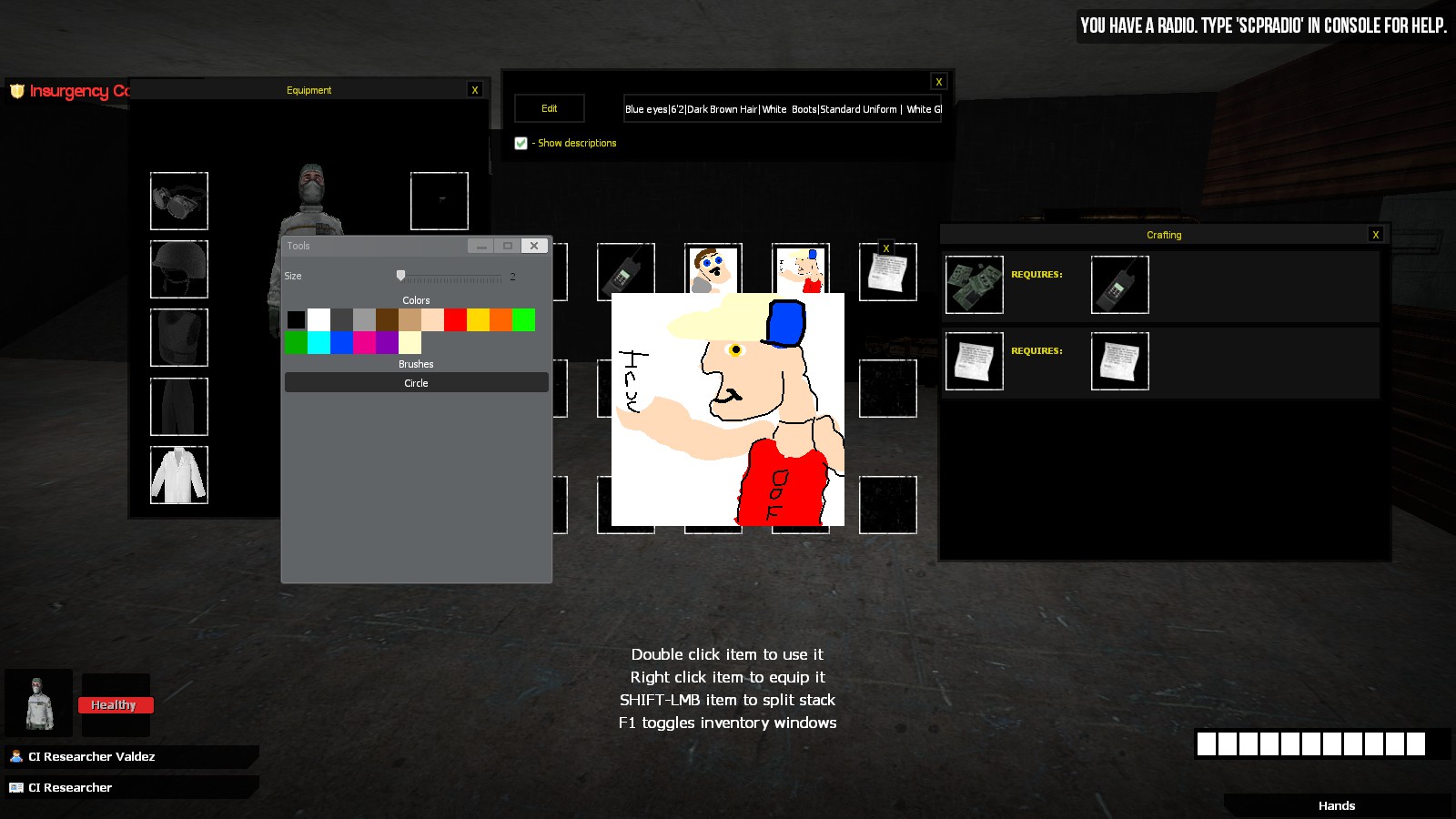 
[HATED]
Dr.Andrews: Did a full 180 and almost allowed a random Operative to kill me with Dr. Noir
Dr. Noir: tried to randomly kill me for no reason when an Random Operative and took me hostage while the Head Researcher allowed it

[DISLIKED]
M.T.F: these crazy guys came out of the offices at the same time like it was a Broadway show. Made me had to fight to defend myself and my research.

C.I Heavys: So needy and demanding people if, I respect them though i just want them to leave me alone about stuff they want.

Dex: From weird stuff he says on the radio, and me hearing that he kills off Operatives makes me think this man is unstable. I'm just going to avoid him in general
Commander Jan: He keeps jumping ranks up and down like roads in the Mid-West. He's keeps an eye out for I.R.U.C when M.T.F are around and when nothing is going on too. never listened to my warnings and now we look at us now, no base and he lost some gambler stuff and then his life, guess maybe reviving him with the gambler slowly made him go crazy or something.
[NEUTRAL] That one grunt who lost his hand: Poor guy lost his hand during my test with the void vacuum but it was due to him mishandling it and now its lost and soon to be found

The current Head Researcher (1/25/19): I keep forgetting her name to be honest, shes not around for me to say it so when she is around i just look off her name tag. I don't know what made her Head Researcher but i guess its because shes was around for a while before I showed up. Oh well

Dr.Toggan: I believe he's the Head Researcher of Trigon, he's pretty cool and interesting on the way he takes control of things, and he has that cool and scary laser pistol on him. Hopefully I can work with him again soon.

Alistair: Cool dude too //+1 He's trying to keep things going and it seems to be working, i just wish research can be more active with stuff from Area X.Y.Z coming over but i'm no fighter and leader of soldiers; I know he's trying his best

Engineer Irons: Cool dude that been around for a while, i bet he can build anything in the base with no
problem. //@Pillhook

Dr. Sergey: cool dude that lets me use the gambler for my projects and i believe he trust me too, I try to work with him the best I can.