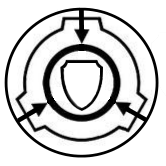 THIS MESSAGE IS FOR AUTHORIZED PERSONNEL ONLY, IF YOU RECEIVED THIS MESSAGE ON ACCIDENT REPORT IT TO THE SYSTEM ADMINISTRATOR IMMEDIATELY. FAILURE TO DO SO WILL RESULT IN TERMINATION.

Attempting access beyond this point without necessary clearance is grounds for termination of Foundation employment and cancellation of all educational, medical, retirement, and mortality benefits. In the event of unauthorized access, this console will become inoperable. Security personnel will be dispatched to arrest you and escort you to a detention cell for interrogation.

FMO Simmons will be demoted from FMO.