ULTRA MEGA USER
Member
Welp. I gotta say that even though it was a rough ride it was one hell of a good one. When I first joined up I was probably huge minge of a D-class screwing around the overcrowded D-block. Now after a 6 month hiatus, the last days of both Operation Jupiter and Z-unit (I never forgot about it krakowski). And working my up through Provost to be coming the Head Marshal and even getting my manager application accepted.

And I met some of the most amazing people here. I'm gonna be around here even after the server has gone simply because the people always kept me coming back.

And to all of high command. Thank you for your hard work, for keeping us going and for creating an environment where I met all these wonderful people. o7

Retired Staff
Now there will be no late nights with the Science Team. This is very saddening.

I should've applied for staff sooner.

Patron
Member
Thank you all for the amazing memories and getting me back into Gmod. I've met some of the most amazing people and had an amazing fucking time playin with y'all.
I'll always be around you all have my loyalty..

Member
Man this is a sad thing to see, I am going to miss medrp and everyone else on the server with the fun events and interactions we had.

The day has come and now I can go outside.

Member
It's been an honor, boys.
Here's to a great many times spent here on Concordia.

it's been a helluva ride.

Patron
Member
No but on a serious note...It happened. Can’t say I honestly didn’t expect it but damnit it happened sooner than first thought.

I have spent a good 3-4 years in this community...activity waning, being an on and off thing but I will NEVER forget what amazing memories and times I have had with friends and other members of the community.

No I wasn’t the highest regarded member of the community but that doesn’t matter nor ever mattered when in terms of my true experiences in this community.

God bless the founders and staff who kept this all running and God bless every active as fuck member working their ass off to keep pop high so others would join. You all are wonderful people...I don’t think I’ll be going anywhere though.

Thank you Concordia Gaming for making up some of the best online experiences or simply best experiences of my life at one point ever. It has been an honor

Member
I haven’t been around since 2017 in the old Provost, but damn I’m gonna miss Site XYZ. Thank you for all the great memories this server has given me. See y’all on the 8th

Retired Staff
It was a good run, I made plenty of memories and friends on here.

See y'all on the other side.

Lawner said:
It was a good run, I made plenty of memories and friends on here.

See y'all on the other side.

@Corp Get sector again smh my head.
Click to expand...

I'll have to apply again

Member
I remember it like yesterday I joined the server to fuck around me and a couple trainees were stunstick fighting in the trainee room. They all got banned besides me and then I got trained by a Provost MP back on site 19. After a while I grew to enjoy the server it had a sense of fear when running from a op scp and to me being new to the SCP universe was a really cool thing. Throughout the years playing Concordia I felt that same fire die out but only to come back for the people who make this community who it is. I felt that Concordia transcended just the roleplay aspect and a lot of us gained some friends through teamspeak and just fucking around on the server late at night or talking ooc in voice chat to one of your buds. I'd like to thank those who continued to keep Concordia running even though the amount of hiccups and times we all wanted to fucking kill ourselves due to some of the shit like fucking a CHATRP up and your entire team dying or getting cucked over by some op CI research project just to figure out a way later we could've prevented it. It truly was a memorable experience and I'd like to stay in touch with some of you in the future.

I will miss It.

Retired Staff
God damn, I've been lurking about the forum getting on every once in awhile to check how things are doing and I didn't expect for this to happen...It sure has been a wild ride and I'm glad I could make so many damn good friends and memories on it, it sounds fucking retarded but the SCP-RP server really molded me into who I am today and I have you assholes to thank for that

Member
Don't know much about any drama, but I will, even though I stopped playing, will seriously miss this server. It is the best server I have ever played on gmod, nearly 3k hours sunk into this server and made a shit load of memories and great friends. I remember joining after seeing lostinplaces stream and since then it has been super fun for the most part and consumed my life for 2 years! <3

Nic said:
Thank you to everyone from 2015 to now who supported the server. It's been a wild ride and we made it a hell of a lot further than anyone on Terminus said we would.
Click to expand...

SCP-RP and Concordia as a whole did well. It takes a lot of support, love, and care for something like a community to grow to the extent that Concordia has. The loss of the SCP-RP server hits me hard and I'm sure there are a lot of other people who feel the same way even if they don't want to admit it. I think we would be fooling ourselves if we said that the server won't be missed.

Looking back on the server and community there probably could have been reforms or changes we could have done, but that doesn't matter. Hindsight is 20/20, I think between the community members, staff team, and high command we made the best decisions we could at times where conflict arose. Not everyone will agree on those decisions, including myself. Despite this, I can say without a shadow of a doubt those decisions are what helped Concordia survive as a community up to today.

The amount of positive interactions I was able to have with everyone in Concordia is something I will cherish for the rest of my life, and I don't say that lightly. This community helped me define a lot of who I am as a person. I also found friends that will most likely follow me for life, one of which is a descendant of the slavers that most likely owned my great-great-great-grandparents. I feel like there are few places on the internet where you can find something special like that and Concordia was one of them. It still is too I think, this place is unique. Concordia would have never made it this far without that unique dynamic that we have. Although I did not entirely agree with everyone's leadership practices I would be a fool to say they didn't foster an environment for that dynamic to exist. So to everyone who has ever been a Sector Admin, Head Admin, or Director your work was appreciated, even if it wasn't vocalized like it should have been. And a huge thank you to the players of SCP-RP who came and went, those who sat silently watching, to those who were vocal on their opinions to stir change in the community, to the common player who never once joined the TeamSpeak or visited the forums, and even to the Ok Roozer who simply enjoyed ChatRP.

Special thanks to XYZ for originally creating Serious SCP-RP back on Terminus and developing it through all stages of the community's life cycle.

And another special thank you to Head and Glados. Despite any shortcomings, I think it really speaks volumes when you see how far we've made it as a community with you both.

We came far from a small group of friends who numbered less than 20 and only had a TeamSpeak to our name. Thank you for everything, all of you. Please stay in touch even if some of us don't visit the forums or TeamSpeak. 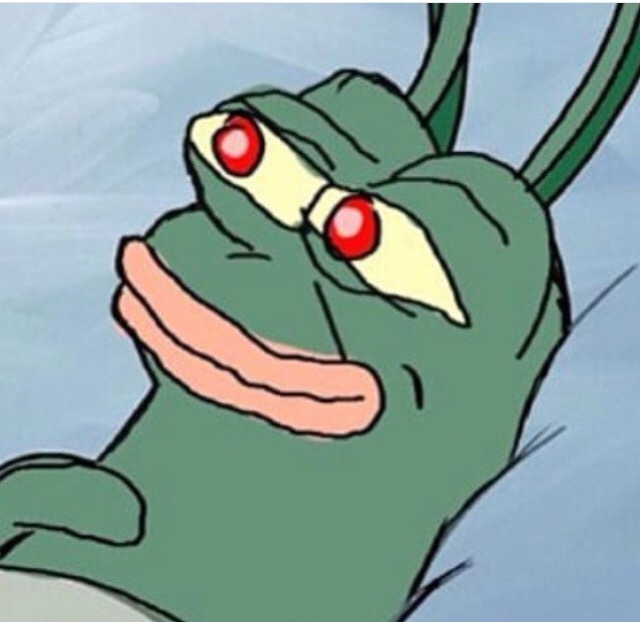 Member
I had a great time on the server. I dont have a lot of words since I feel like others have conveyed my emotions but I appreciate Concordia and the community as a whole for the amount of great fun it has provided.
You must log in or register to reply here.
Share:
Facebook Twitter Reddit Email Link
Top